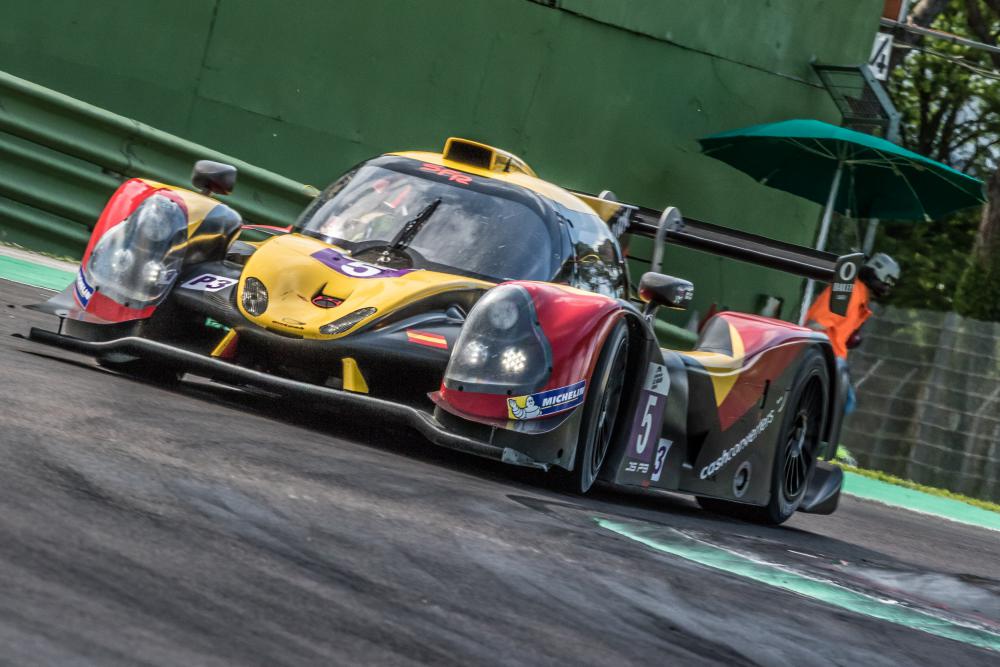 By Speed Factory´s race came to an early end when a sudden loss of power forced the Ligier-Nissan JSP3 LMP3 driven by Tom Jackson, Jesús Fuster and Álvaro Fontes out of race. The trio of by Speed Factory ran in the top ten in the first half of the race after a two-hour stint carried out by Fuster.

By Speed Factory contested the second round of the European Le Mans Series at the Autodromo Enzo e Dino Ferrari of Imola. After a positive outing despite early retirement at Silverstone, by Speed Factory took a lot of positive feelings away from the opening round as the new Ligier JSP3 LMP3 and the trio of drivers were in top-five contention.

At Imola, Spain´s Jesús Fuster spearheaded the by Speed Factory armada as he already stepped onto the podium with the Valencia-based team in 2015. Briton Tom Jackson and Spaniard Álvaro Fontes made a positive start in their first outing at Imola and they both lapped under 1:45 barrier during Friday´s free practice session. Saturday saw another free practice sessions in the morning with the yellow/red car posting a best lap of 1:42.880. Jackson took qualifying duties in the afternoon and the Maidstone-born driver despite he couldn´t put his best sectors together, which would have rewarded with 8th in LMP3 class. Close to top-ten was still a good result for Sunday´s 4-hour race.

Fuster had a really good opening stint and kept GT2 cars at bay passing several LMP3 prototypes. As a result, the Ligier machine driven by Fuster was running in the top-10 at the halfway point. When Fuster was about to pit again, the car slowed down and the Spaniard headed into the pit-lane. Frantically, the mechanics removed the engine cover in the box but in spite of their efforts, they were race ending issues.

The European Le Mans Series will head to Austria in mid-July, with the third round hosted at the revamped Red Bull Ring, the formerly circuit known as Österreichring.

Dalius Steponavicius (Team manager of by Speed Factory): “In general, Imola was good. We were pleased with our car and our setup. I want to highlight how well Tom performed in qualifying. On Sunday, Jesús made a solid, safe start. Refueling and other procedures in the pit-lane ran like clockwork and our pace was pretty good so we moved into the top-ten at the beginning. At the end of his stint, Jesús slightly dropped off the pace but a 2-hour long stint is not an easy task for gentlemen drivers and in my opinion isn´t safe to have gentlemen driving for so long. Either driver categorization or driving time rules aren´t optimal in LMP3 class at this moment in my opinion but, anyway, it´s the same for everybody. Unfortunately, when Jesus should have pitted once again for our first driver change, we suffered a sudden loss of engine power and it forced out of the race. But I know we are making the rights steps and our drivers and car are closing gap to the front. We are already looking forward to Red Bull Ring!”