BY SPEED FACTORY SHINES DESPITE SETBACK AT SILVERSTONE 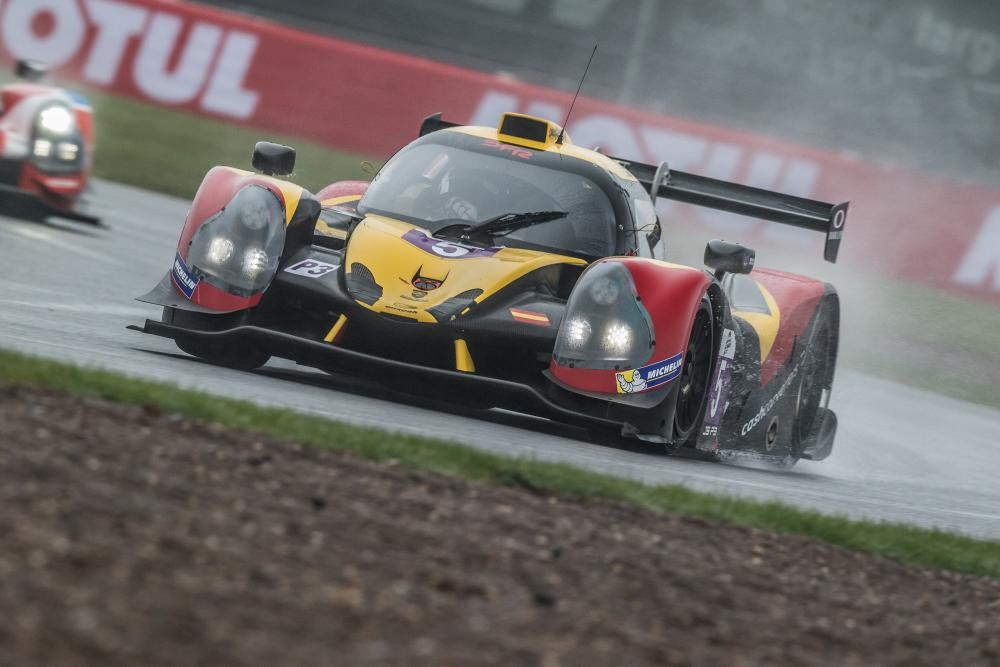 By Speed Factory was forced to retire from the season-opening European Le Mans Series race after 22 laps. This early exit was a devastating end to a promising race as the Ligier-Nissan JSP3 shared by Tom Jackson, Álvaro Fontes and Jesús Fuster was running in the top-six. The race-ending transmission issues were due to clash with a lapped GT car.

By Speed Factory made a heavyweight effort at Silverstone but finally it didn´t pay off. Nevertheless, the opening round of the European Le Mans Series saw how the Valencia-based team is building a strong base for the extremely competitive season ahead. The brand-new Ligier-Nissan JSP3 LMP3 driven by Tom Jackson, Álvaro Fontes and Jesús Fuster made consistent improvement over the course of the weekend, which placed it among the contenders of a podium finish on Saturday.

Two 90-minute free practice sessions opened the event on Friday. The trio of by Speed Factory stopped the clock at 2:17.181 in FP1, as track conditions improved, the Ligier #5 lapped at 2:02.305 in FP2. In Saturday morning qualifying session, the weather conditions made it very tricky for everybody but Jackson mastered Silverstone´s treacherous conditions. The young Briton qualified 7th with a best lap of 2:15.385, ahead of well-experienced teams and drivers.

The four-hour race was started at 14.30 (local time) and Jackson moved up to sixth as soon as the light turned green. He dropped to 8th a few laps later but retook 6th before long. By Speed Factory was putting in solid lap times following the leaders. Then, when he was passing a lapped car, they both collided and as a result it damaged Ligier transmission.

The European Le Mans Series will visit the famous Autodromo Enzo e Dino Ferrari on 13-15 May for the second round of the series: the 4 hours of Imola. There, by Speed Factory stepped second onto the podium last year.

Dalius Steponavicius (Team manager of by Speed Factory): “This weekend was particularly hard. Weather conditions were horrible, cold, around 3ºC, and extremely wet. Our practice sessions weren´t ideal. The car set-up wasn´t perfect and we experienced brake problems. The, qualifying was another challenging task but Tom did an amazing job and put the car seventh. For sure, we could have improved some additional tenths but we decided to run out of the risk zone. At the beginning, the race was a kind of little chaos with plenty of crashes and spins. We lost two places but after twenty minutes Tom was back in the top-6. Just 2 laps before our first planned pit stop, Tom reported vibrations in the drivetrain and the car stopped on the track. So, our race was done only one hour into it. Anyway we go home feeling positive. I´m sure we can run in the top-6 in the future and I hope Lady Luck will be on our side at Imola”

Established by Lithuanian rally driver, Dalius Steponavicius, in 2008, by Speed Factory was most successful team in Radical Masters series with wins of driver´s title in 2008, 2009 and 2012 and on its debut in the European Le Mans Series last year ranked 3rd in LMP3 class.