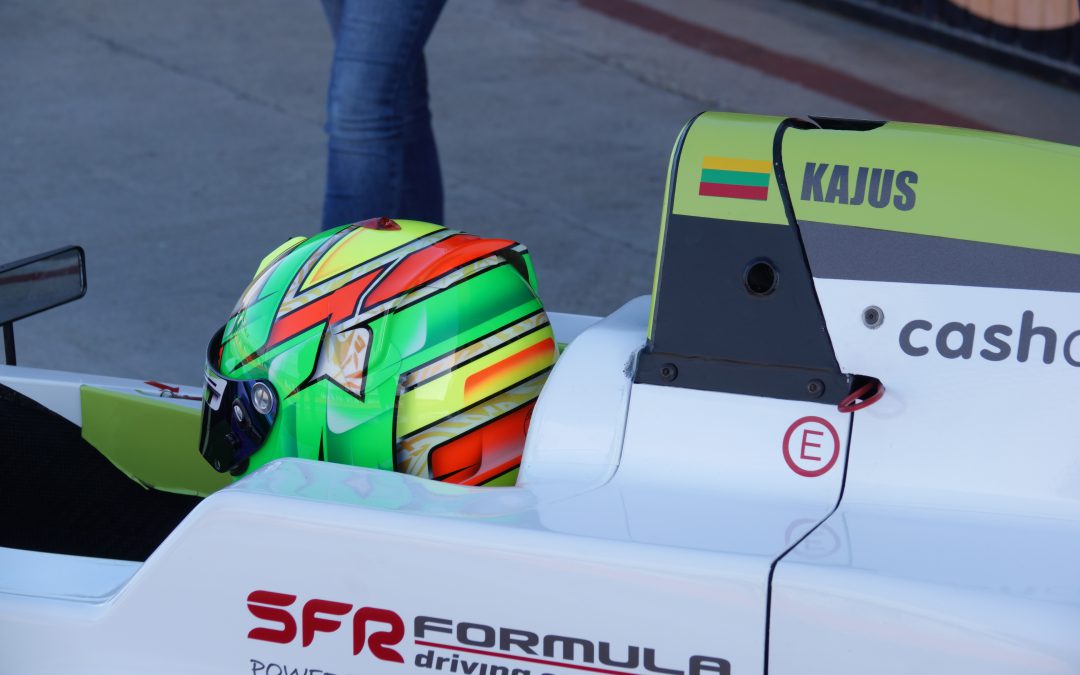 Most of our followers knows, that last year we made an agreement with Lithuanian Karting Federation and promised one test day with Formula Renault for pilot, who will win Lithuanian Championship in OK class. Last week we fulfilled our promise for Kajus Siksnelis who won not just Lithuania Championship but took 3th place in the World Championship as well.
Team owner Dalius Steponavicius said:
– I was positively surprised how quickly he adapted to the new car and how exactly he responded to the engineer´s advice. I hope this beginning will motivate the young racing generation to work harder and achieve higher targets in international motorsport.